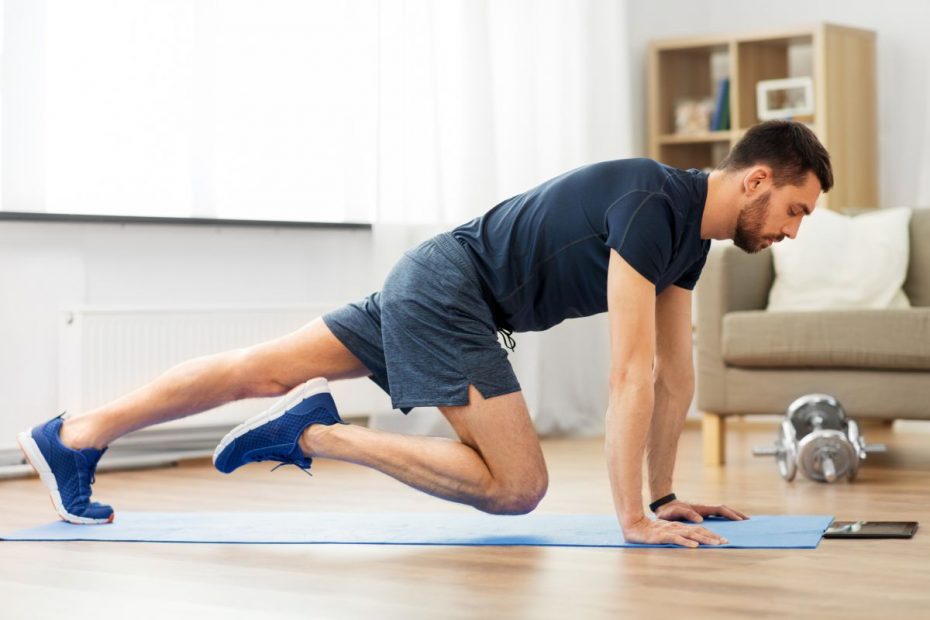 Exercise is any bodily activity that enhances or maintains physical fitness and overall health and wellness. It is performed for various reasons, to aid growth and improve strength, prevent aging, develop muscles and the cardiovascular system, hone athletic skills, weight loss or maintenance, improve health, or simply for enjoyment. Many individuals choose to exercise outdoors where they can congregate in groups, socialize, and enhance well-being. In terms of health benefits, the amount of recommended exercise depends upon the goal, the type of exercise, and the age of the person. Even doing a small amount of exercise is healthier than doing none.

Physical exercise is important for maintaining physical fitness and can contribute to maintaining a healthy weight, regulating the digestive system, building and maintaining healthy bone density, muscle strength, and joint mobility, promoting physiological well-being, reducing surgical risks, and strengthening the immune system. Some studies indicate that exercise may increase life expectancy and the overall quality of life. People who participate in moderate to high levels of physical exercise have a lower mortality rate compared to individuals who by comparison are not physically active. Moderate levels of exercise have been correlated with preventing aging by reducing inflammatory potential. The majority of the benefits from exercise are achieved with around 3500 metabolic equivalent (MET) minutes per week, with diminishing returns at higher levels of activity. For example, climbing stairs 10 minutes, vacuuming 15 minutes, gardening 20 minutes, running 20 minutes, and walking or bicycling for transportation 25 minutes on a daily basis would together achieve about 3000 MET minutes a week. A lack of physical activity causes approximately 6% of the burden of disease from coronary heart disease, 7% of type 2 diabetes, 10% of breast cancer and 10% of colon cancer worldwide. Overall, physical inactivity causes 9% of premature mortality worldwide.

Individuals can increase fitness by increasing physical activity levels. Increases in muscle size from resistance training are primarily determined by diet and testosterone. This genetic variation in improvement from training is one of the key physiological differences between elite athletes and the larger population. Studies have shown that exercising in middle age leads to better physical ability later in life. Early motor skills and development is also related to physical activity and performance later in life. Children who are more proficient with motor skills early on are more inclined to be physically active, and thus tend to perform well in sports and have better fitness levels. Early motor proficiency has a positive correlation to childhood physical activity and fitness levels, while less proficiency in motor skills results in a more sedentary lifestyle. A 2015 meta-analysis demonstrated that high-intensity interval training improved one’s VO2 max more than lower intensity endurance training.

Immune system
Although there have been hundreds of studies on physical exercise and the immune system, there is little direct evidence on its connection to illness. Epidemiological evidence suggests that moderate exercise has a beneficial effect on the human immune system; an effect which is modeled in a J curve. Moderate exercise has been associated with a 29% decreased incidence of upper respiratory tract infections (URTI), but studies of marathon runners found that their prolonged high-intensity exercise was associated with an increased risk of infection occurrence. However, another study did not find the effect. Immune cell functions are impaired following acute sessions of prolonged, high-intensity exercise, and some studies have found that athletes are at a higher risk for infections. Studies have shown that strenuous stress for long durations, such as training for a marathon, can suppress the immune system by decreasing the concentration of lymphocytes. The immune systems of athletes and nonathletes are generally similar. Athletes may have a slightly elevated natural killer cell count and cytolytic action, but these are unlikely to be clinically significant. Vitamin C supplementation has been associated with a lower incidence of upper respiratory tract infections in marathon runners.

Biomarkers of inflammation such as C-reactive protein, which are associated with chronic diseases, are reduced in active individuals relative to sedentary individuals, and the positive effects of exercise may be due to its anti-inflammatory effects. In individuals with heart disease, exercise interventions lower blood levels of fibrinogen and C-reactive protein, an important cardiovascular risk marker. The depression in the immune system following acute bouts of exercise may be one of the mechanisms for this anti-inflammatory effect.

Cancer
A systematic review evaluated 45 studies that examined the relationship between physical activity and cancer survival rates. According to the review, “[there] was consistent evidence from 27 observational studies that physical activity is associated with reduced all-cause, breast cancer–specific, and colon cancer–specific mortality. There is currently insufficient evidence regarding the association between physical activity and mortality for survivors of other cancers.” Evidence suggests that exercise may positively affect cancer survivors health-related quality of life, including factors such as anxiety, self-esteem and emotional well-being. For people with cancer undergoing active treatment, exercise may also have positive effects on health-related quality of life, such as fatigue and physical functioning. This is likely to be more pronounced with higher intensity exercise. Although there is only limited scientific evidence on the subject, people with cancer cachexia are encouraged to engage in physical exercise. Due to various factors, some individuals with cancer cachexia have a limited capacity for physical exercise. Compliance with prescribed exercise is low in individuals with cachexia and clinical trials of exercise in this population often suffer from high drop-out rates. The evidence is very uncertain about the effect of aerobic physical exercises on anxiety and serious adverse events for adults with haematological malignancies. Aerobic physical exercises may result in little to no difference in the mortality, in the quality of life and in the physical functioning. These exercises may result in a slight reduction in depression. Furthermore, aerobic physical exercises probably reduce fatigue.

Depression
This section is an excerpt from Neurobiological effects of physical exercise § Major depressive disorder. A number of medical reviews have indicated that exercise has a marked and persistent antidepressant effect in humans, an effect believed to be mediated through enhanced BDNF signaling in the brain. Several systematic reviews have analyzed the potential for physical exercise in the treatment of depressive disorders. The 2013 Cochrane Collaboration review on physical exercise for depression noted that, based upon limited evidence, it is more effective than a control intervention and comparable to psychological or antidepressant drug therapies. Three subsequent 2014 systematic reviews that included the Cochrane review in their analysis concluded with similar findings: one indicated that physical exercise is effective as an adjunct treatment (i.e., treatments that are used together) with antidepressant medication; the other two indicated that physical exercise has marked antidepressant effects and recommended the inclusion of physical activity as an adjunct treatment for mild–moderate depression and mental illness in general. One systematic review noted that yoga may be effective in alleviating symptoms of prenatal depression. Another review asserted that evidence from clinical trials supports the efficacy of physical exercise as a treatment for depression over a 2–4 month period. These benefits have also been noted in old age, with a review conducted in 2019 finding that exercise is an effective treatment for clinically diagnosed depression in older adults. A meta-analysis from July 2016 concluded that physical exercise improves overall quality of life in individuals with depression relative to controls. Continuous aerobic exercise can induce a transient state of euphoria, colloquially known as a “runner’s high” in distance running or a “rower’s high” in crew, through the increased biosynthesis of at least three euphoriant neurochemicals: anandamide (an endocannabinoid), β-endorphin (an endogenous opioid), and phenethylamine (a trace amine and amphetamine analog).

Sleep
Preliminary evidence from a 2012 review indicated that physical training for up to four months may increase sleep quality in adults over 40 years of age. A 2010 review suggested that exercise generally improved sleep for most people, and may help with insomnia, but there is insufficient evidence to draw detailed conclusions about the relationship between exercise and sleep. A 2018 systematic review and meta-analysis suggested that exercise can improve sleep quality in people with insomnia.